It’s been a good while since most of us have seen movies in theaters. But with the rise of streaming and online-exclusive titles, people have adapted to watching in the comfort of their own homes with their own entertainment systems.

But, of course, there’s nothing like watching on a big screen and TVs can only get so big before getting too expensive. Luckily, it’s now easier to replicate this experience with projectors.

What is an ultra-short-throw projector?

An ultra-short throw projector is essentially just a projector that doesn’t need to be positioned far away from the screen or wall. 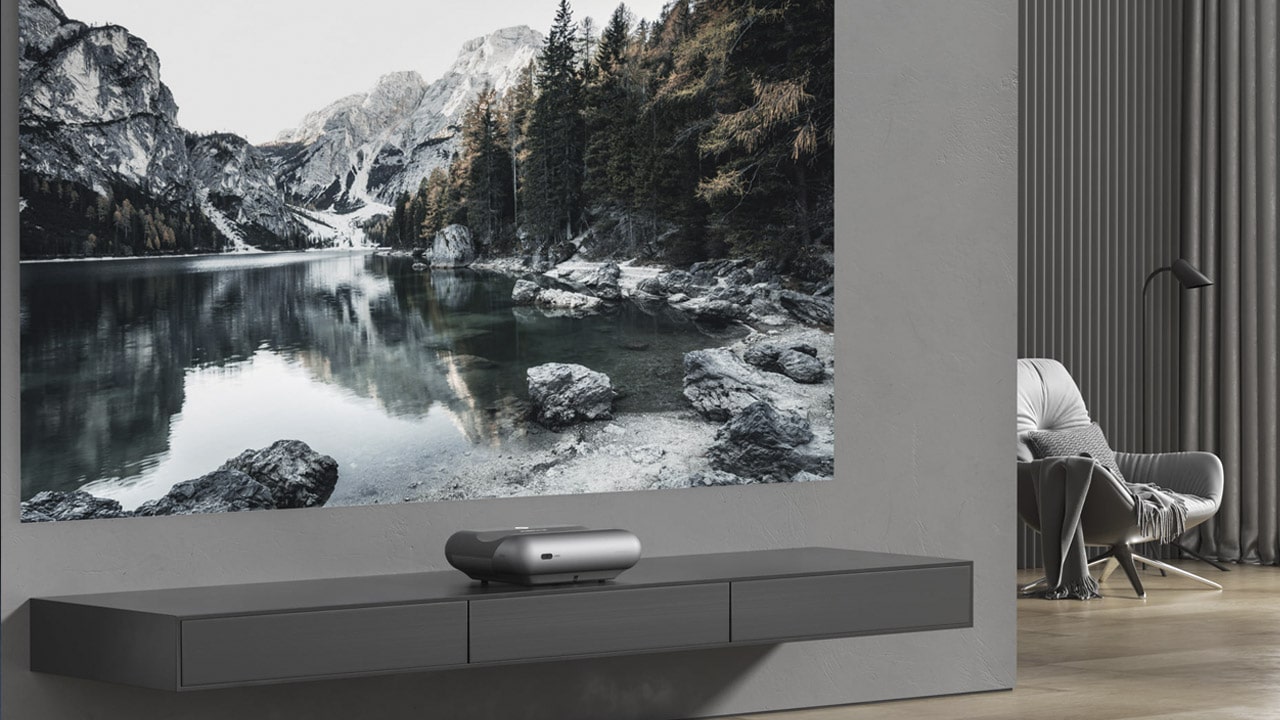 Unlike traditional projectors, ultra-short-throw projectors, or USTs, need to be just a couple of inches away from the wall or surface. Current USTs on the market can throw images up to 100 inches or more. They can also commonly handle up to 4K resolution.

With that quick explanation out of the way, let’s get into why it’s worth investing in an ultra-short-throw projector.

Quite obviously, one of the major appeals of having an ultra-short-throw is that you won’t need a large space like a traditional projector. Some models are able to project less with a distance of fewer than 12 inches. 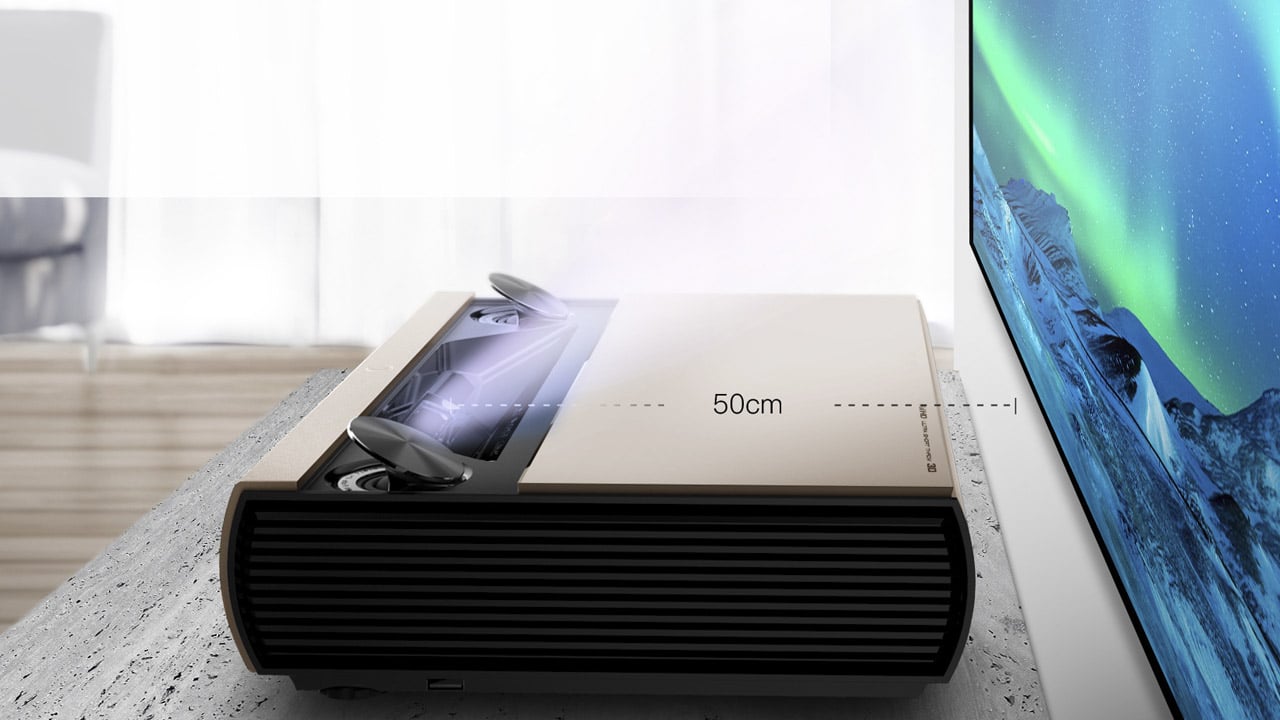 And most projectors themselves aren’t that large either so it’s easy to place on a table or countertop. It’s a great alternative if you don’t have space for a big TV or if you move around a lot.

One reason you would choose a projector over a TV would be for the extra screen real estate. And that’s true even for these small ultra-short-throw projectors. 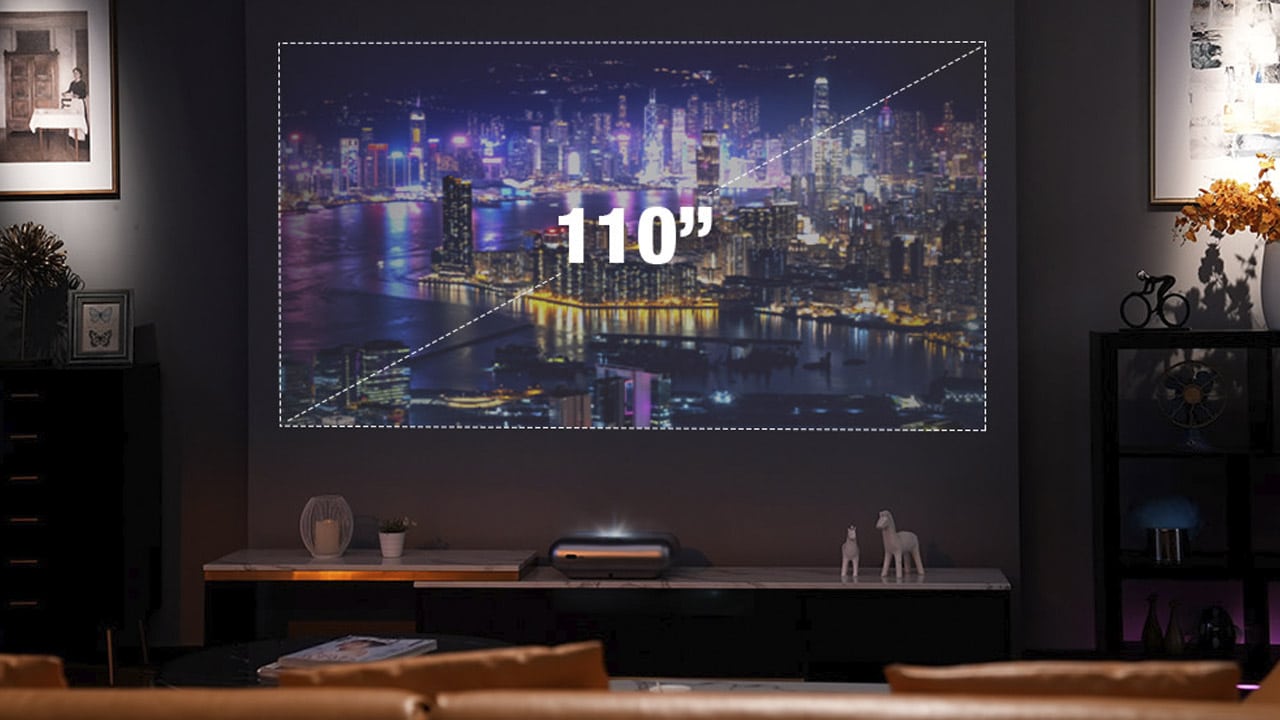 As mentioned earlier, images can be projected up to 100 inches or more so you can switch up your viewing experience each time. It’s also easier to recreate that movie theater vibe with a larger screen size and bright images. USTs are also able to eliminate glare and shadows and make use of lasers to provide high-quality images with accurate color.

The hybrid lifestyle is here to stay. Whether it’s working from home or remote meetings with the team, having devices that can accommodate this way of life has become important. 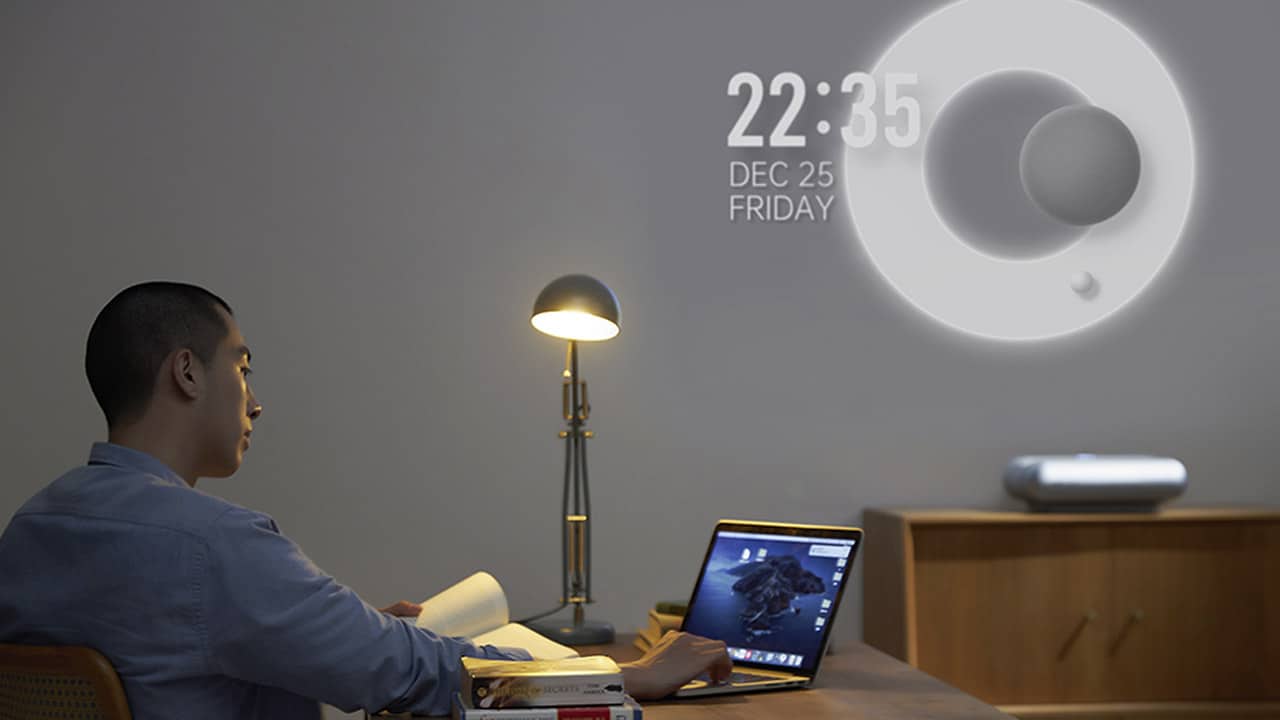 Ultra-short-throw projectors are great for those who need portability and versatility without sacrificing functionality.

You can display your work tasks, extend your PC’s screen real estate, or mirror your device for work. When that’s done, easily switch over and use your ultra-short-throw projector for gaming or watching.

We’re in the era where almost everything is equipped with smart features — ultra-short-throw projectors included. 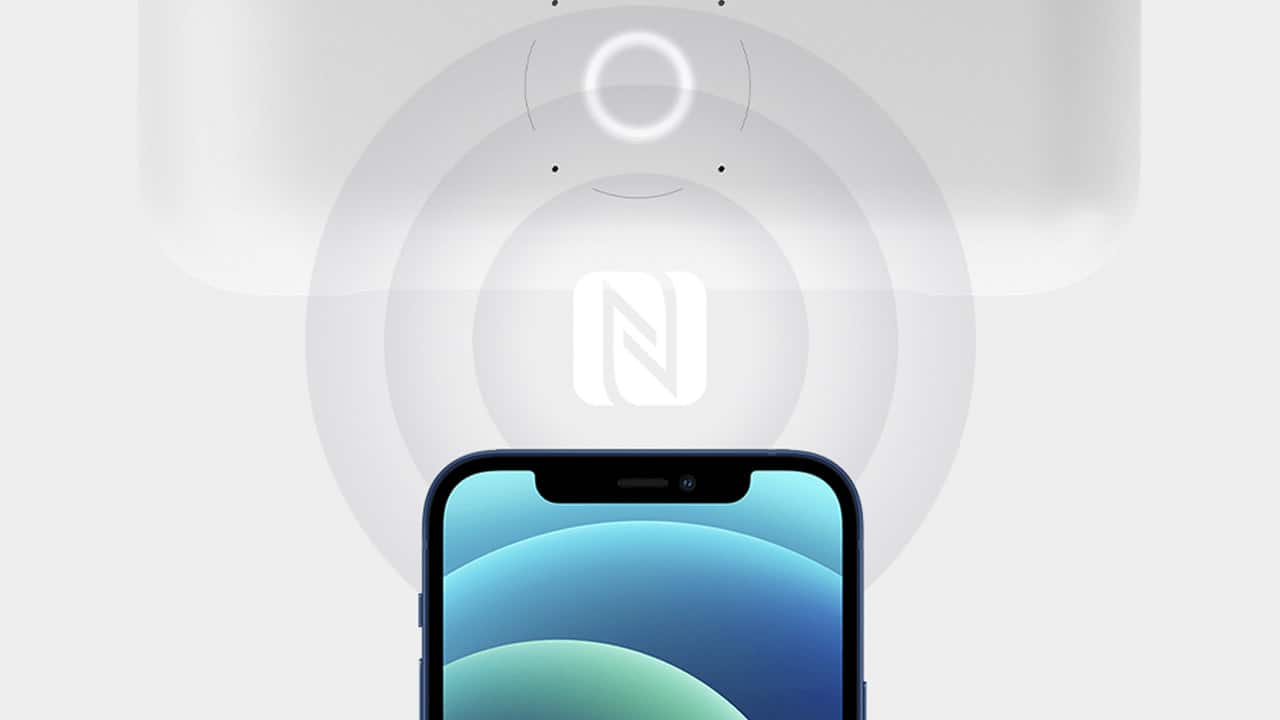 So if you’re a user who enjoys the convenience of having integrated devices, there are projectors that are equipped to handle just that. You can just as easily access and command your virtual assistant just like smart TVs and access different connection options like Wi-Fi, Bluetooth, or even NFC.

If you haven’t heard of ultra-short-throw projectors, it may be because they haven’t saturated the market just yet. Reputable brands have already released their own models but at prices that may be a little out of reach for some.

Enter the JMGO O1 and the JMGO O1 Pro. This crowd-funded smart, ultra-short-throw projector is currently being offered at an early bird price of just US$ 699 (approx. PhP 35K) and US$ 949 (approx. PhP48K) for the O1 and O1 Pro, respectively. 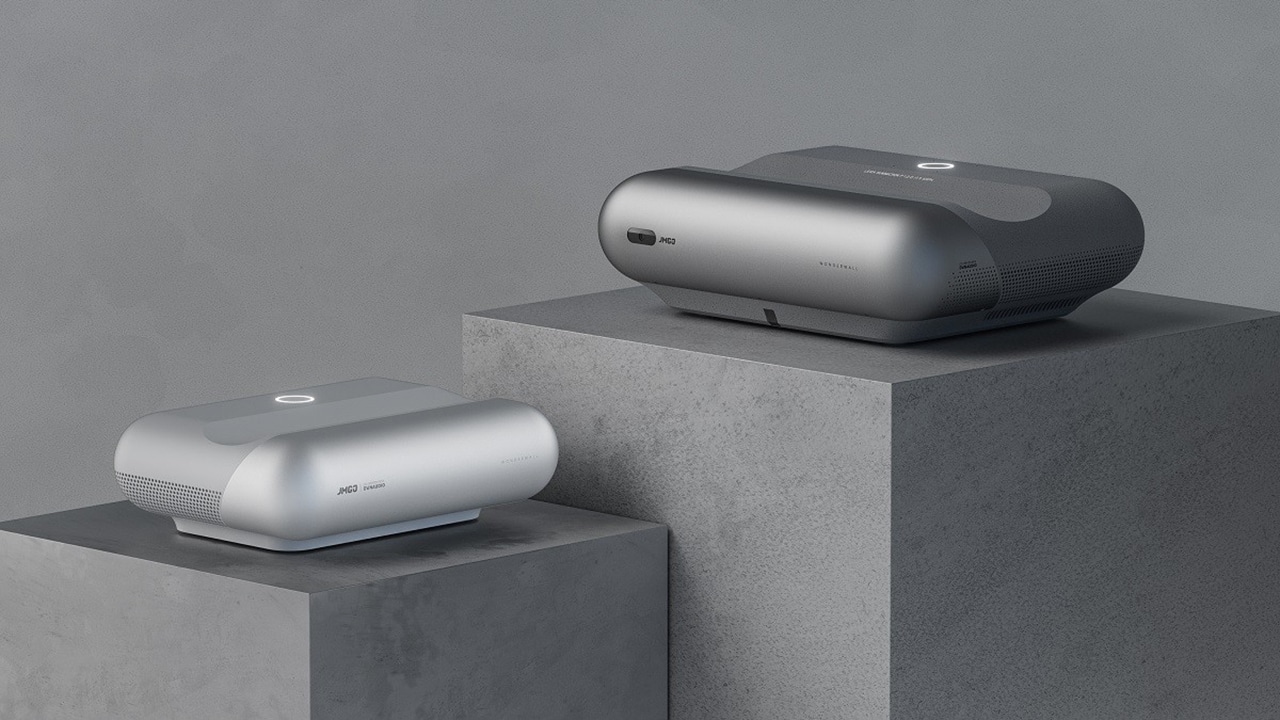 And it not only does everything we already mentioned above but it’s also co-engineered with world-renowned camera and lens manufacturer, Leica, to ensure good picture quality.

It’s able to project from 70 to 110 inches and can be placed just 9 inches away from the projection surface. It also supports a resolution of up to Full HD with 4K compatibility.

With a complete set of ports including a LAN port, you can use it with almost any device in almost any situation — all for less than than the current prices of ultra-short-throw projectors in the market

The crowdfunding campaign is still ongoing and has already surpassed its initial goal by over 5000 percent with over 600 backers. Shipping is expected to start in August.

We’ll be reviewing the JMGO O1 so make sure to check back soon! 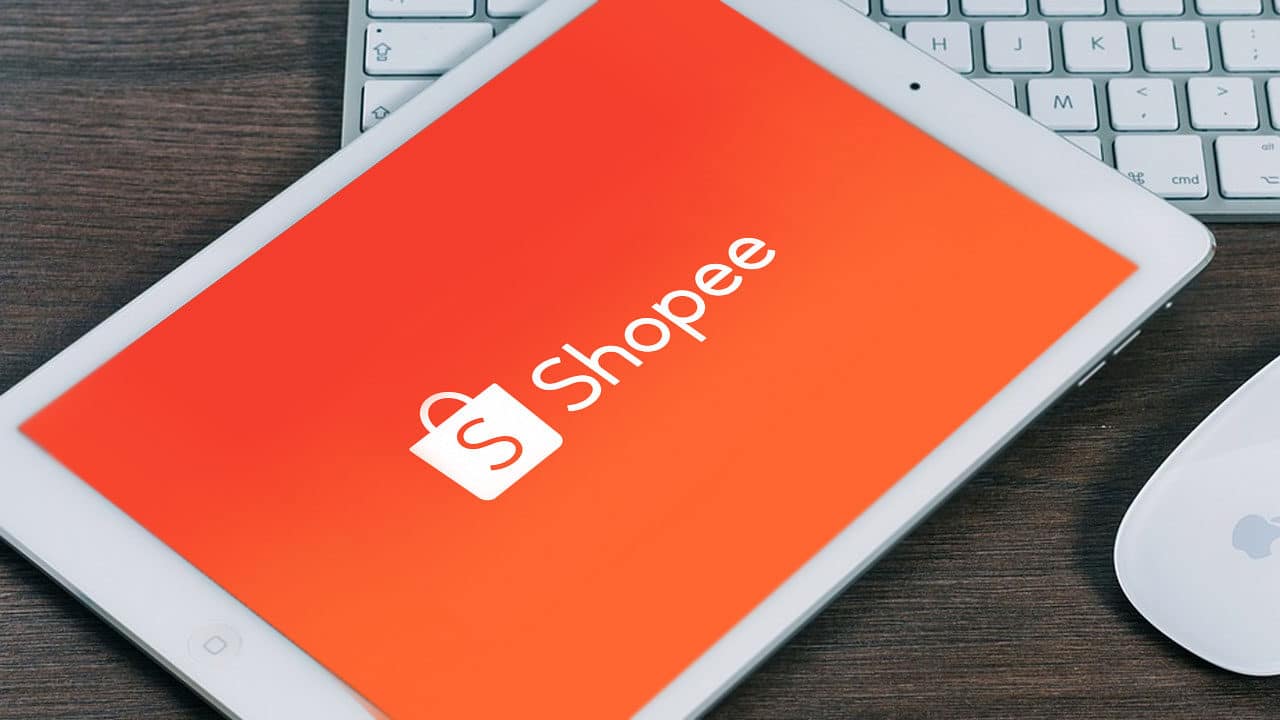 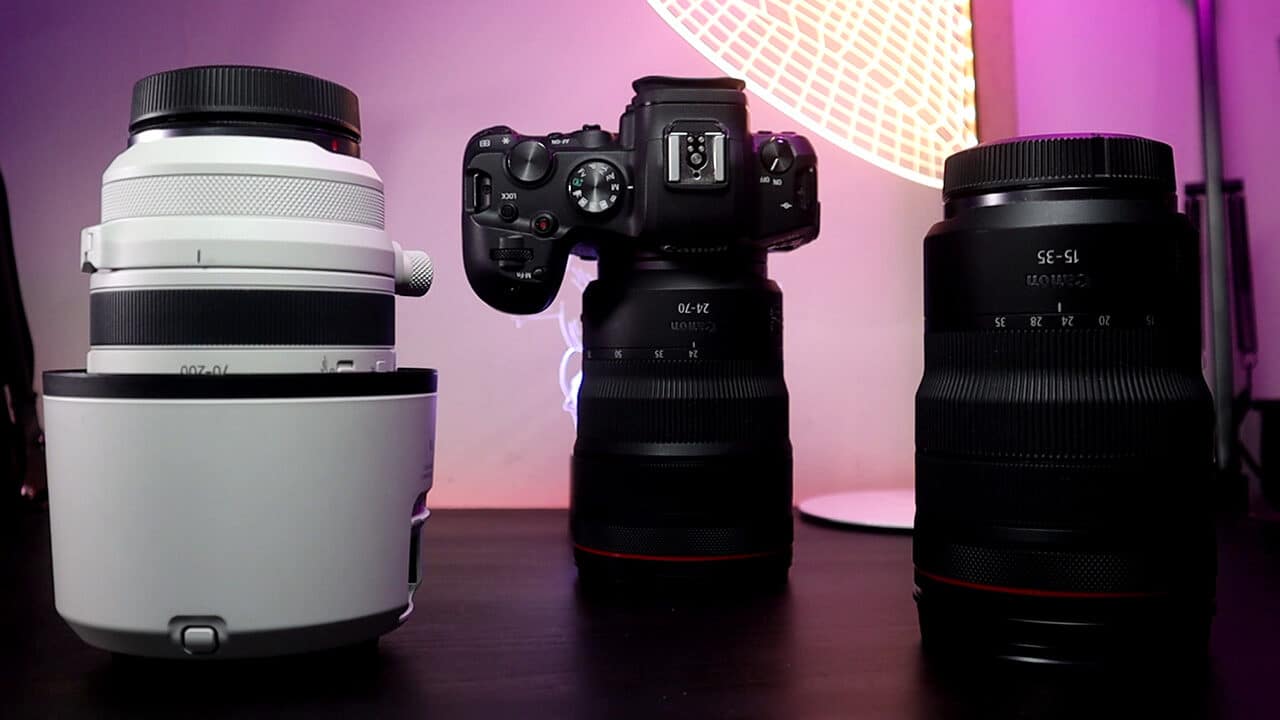 Canon EOS R6 review: How it stepped up my game! 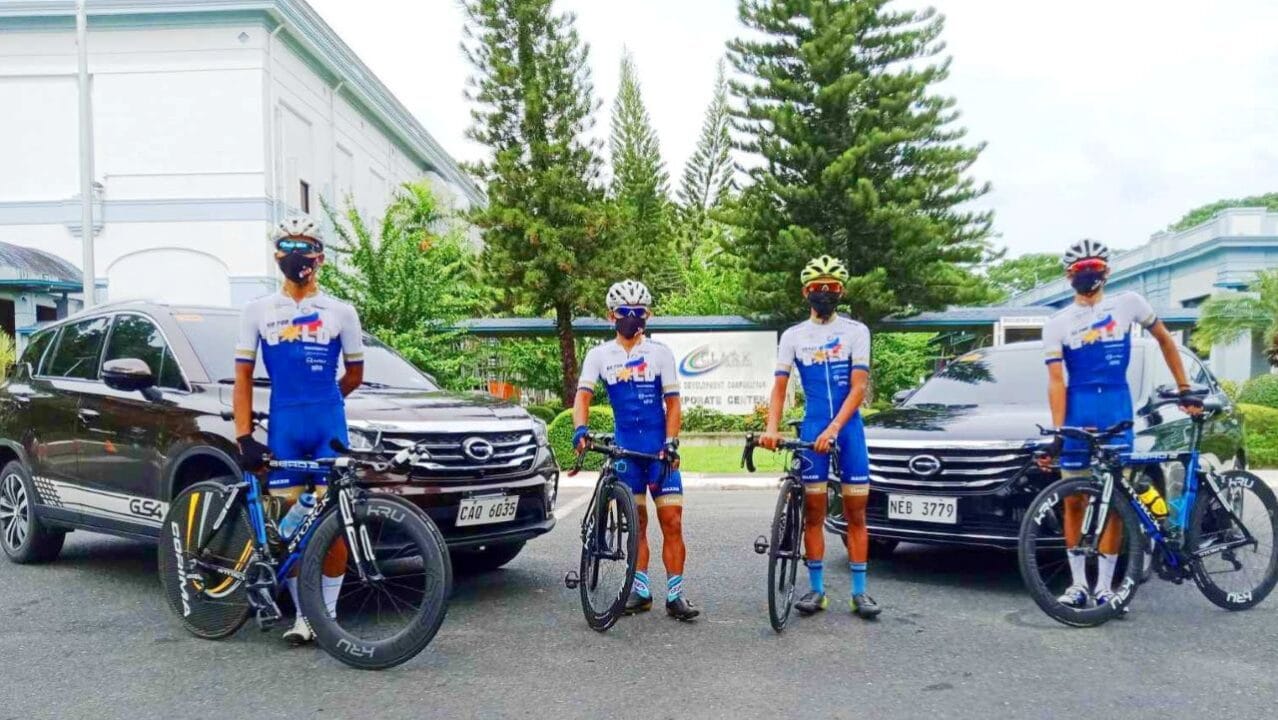 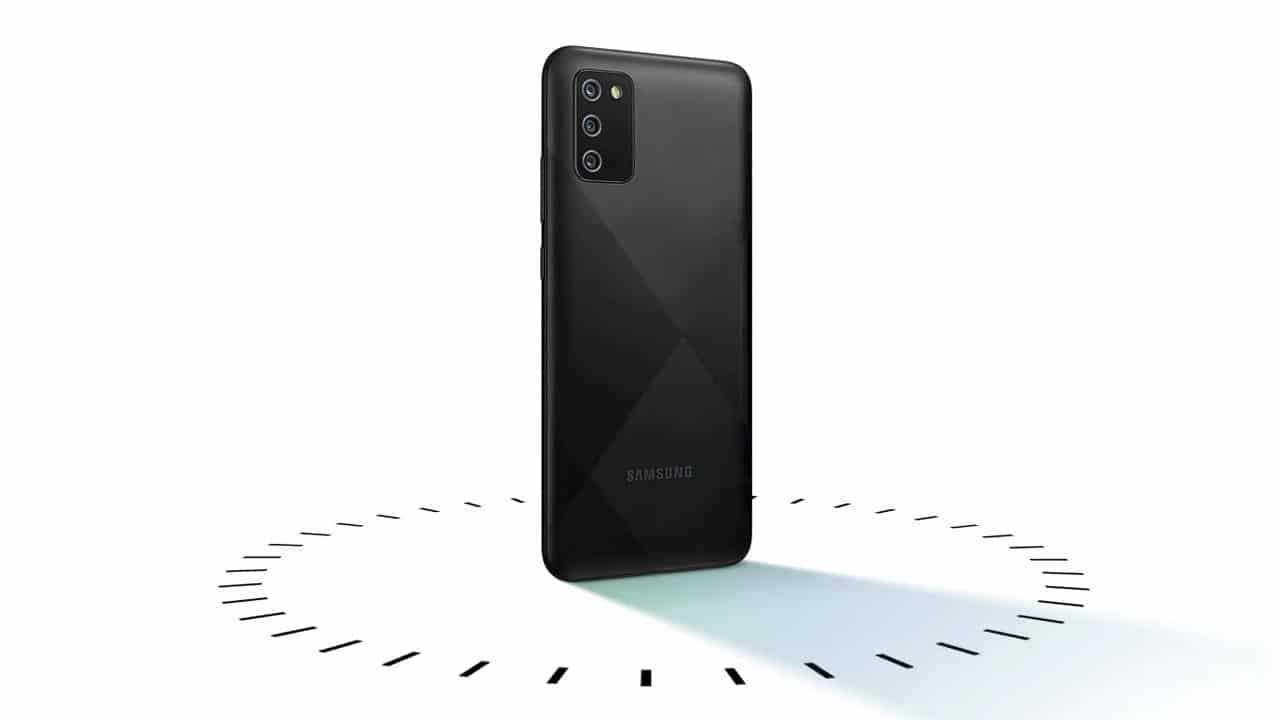 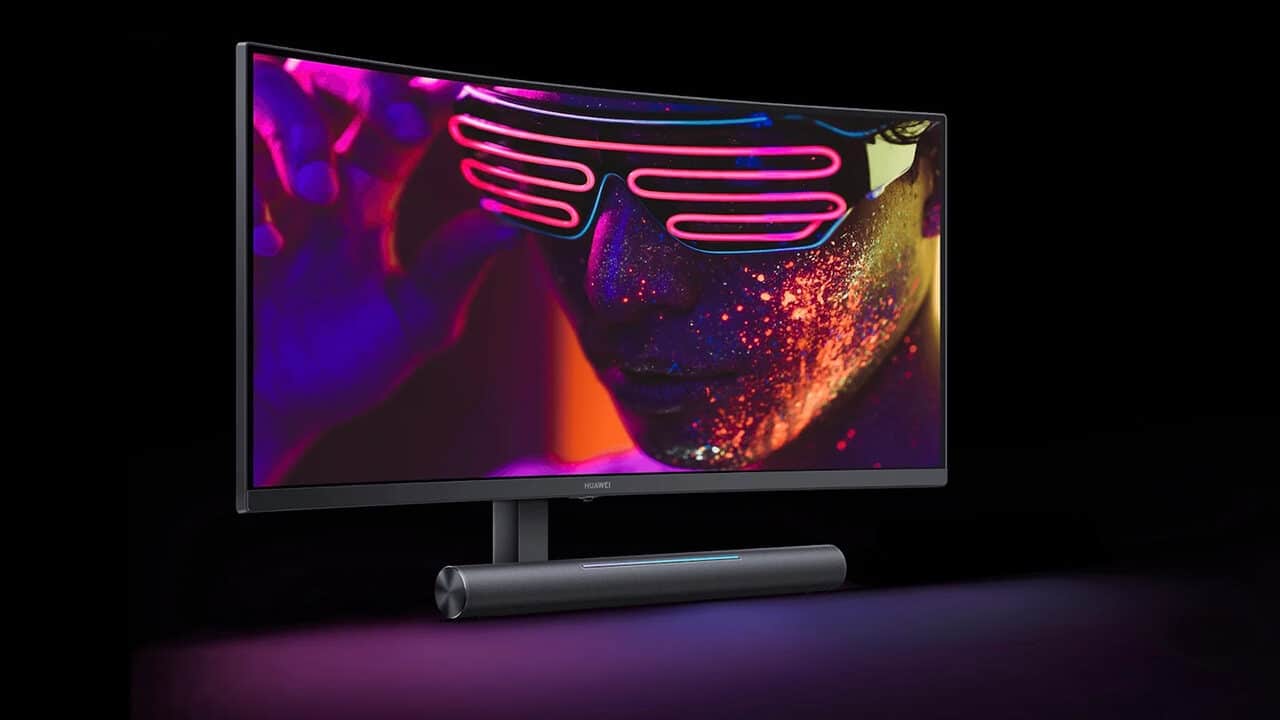 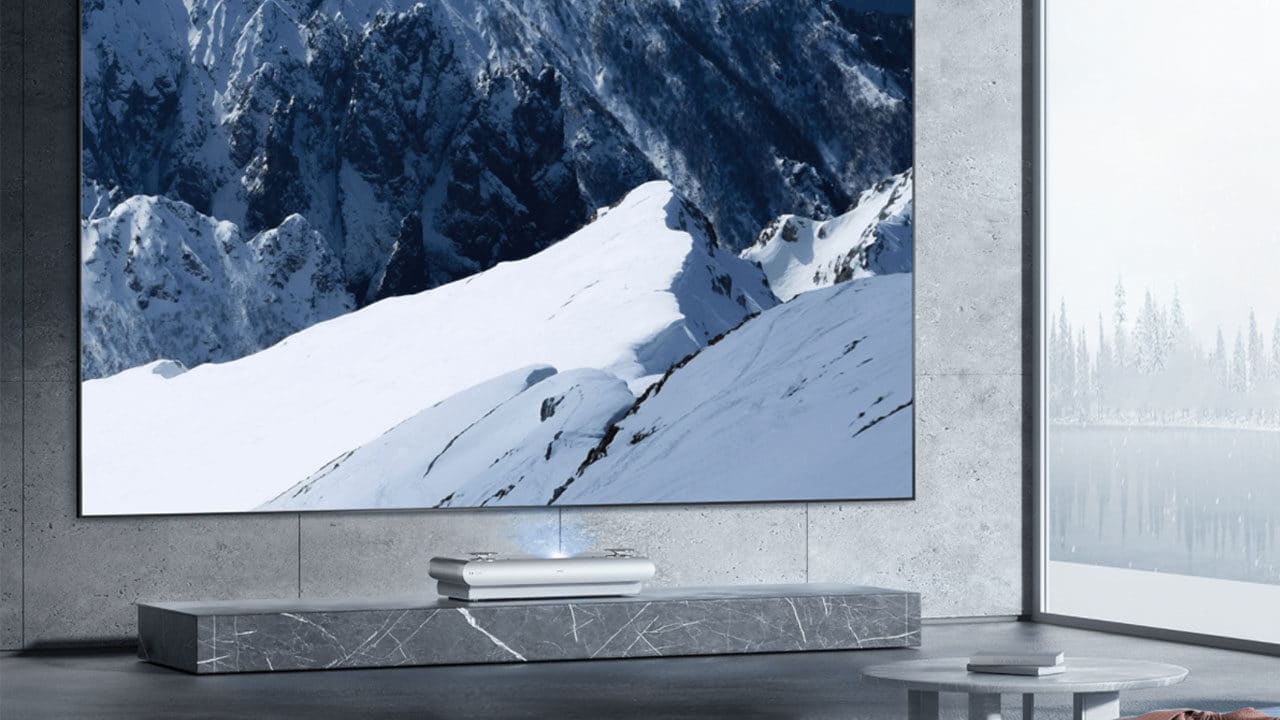