Fresh off the release of the realme 6i, the company is releasing yet another phone. Called the realme 6 Pro, it carries half a dozen cameras and an updated fast charging technology. The 6 Pro will also be the first phone to have Qualcomm’s Snapdragon 720G processor on-board. We got our hands on a fresh unit so let’s begin the unboxing! 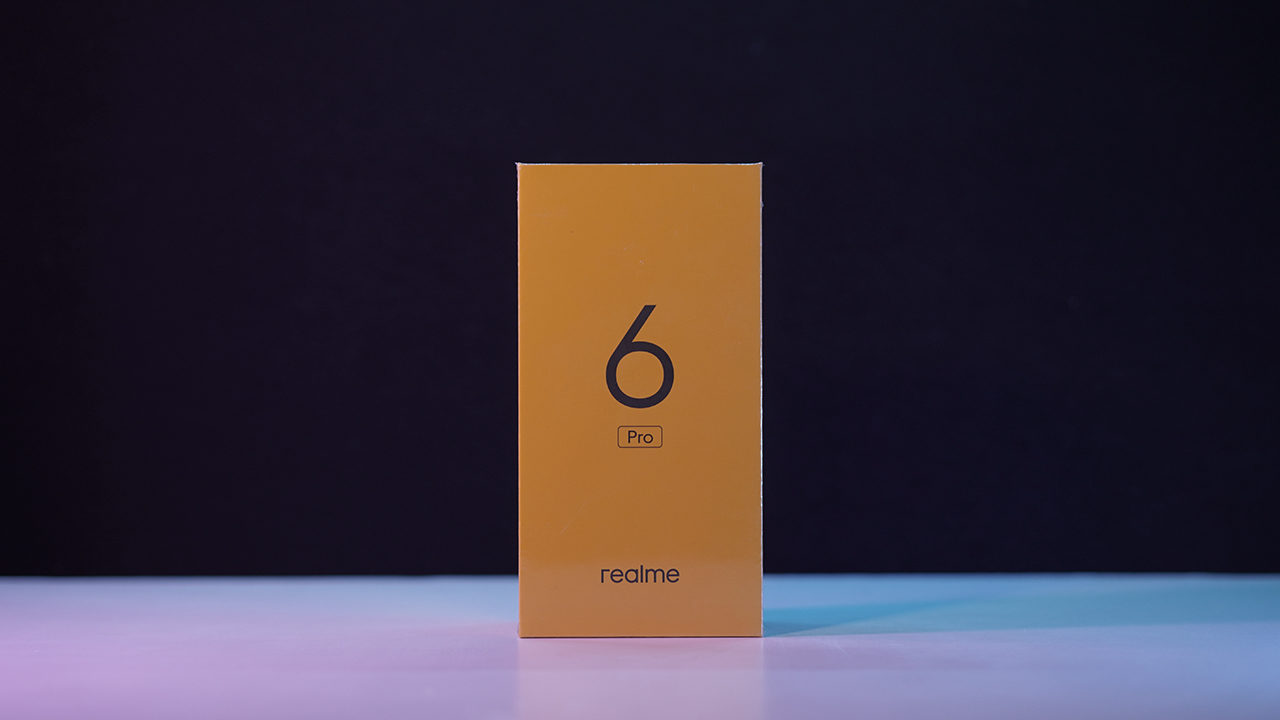 In true realme fashion, the realme 6 Pro is packaged in a solid yellow, matte box. Unwrapping it and opening the package, we’re introduced to a pair of information booklets, warranty card, and a protective case to keep unwanted scratches away. Some may not opt to use a jelly case on but when you see the entire device, you’ll most likely want to protect it. 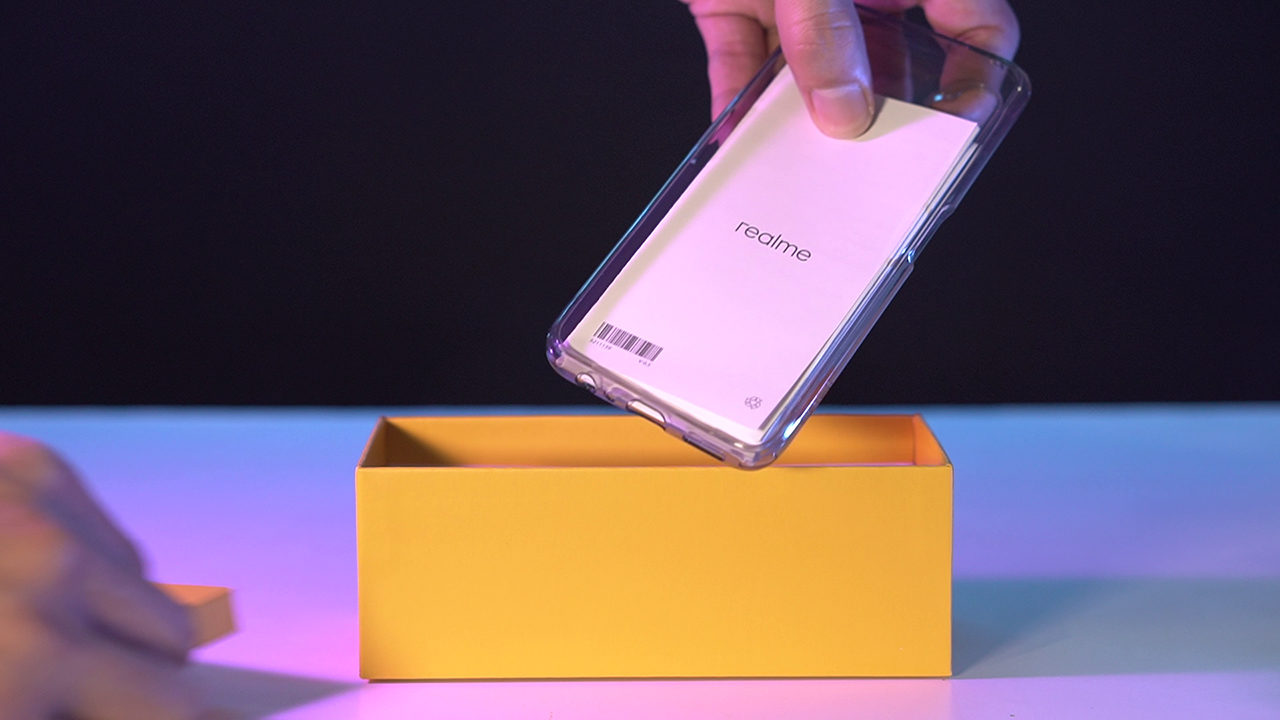 Further inside the box reveals the actual unit itself wrapped in plastic. Underneath the phone, we see the 30W flash charger and its USB Type-C cable. 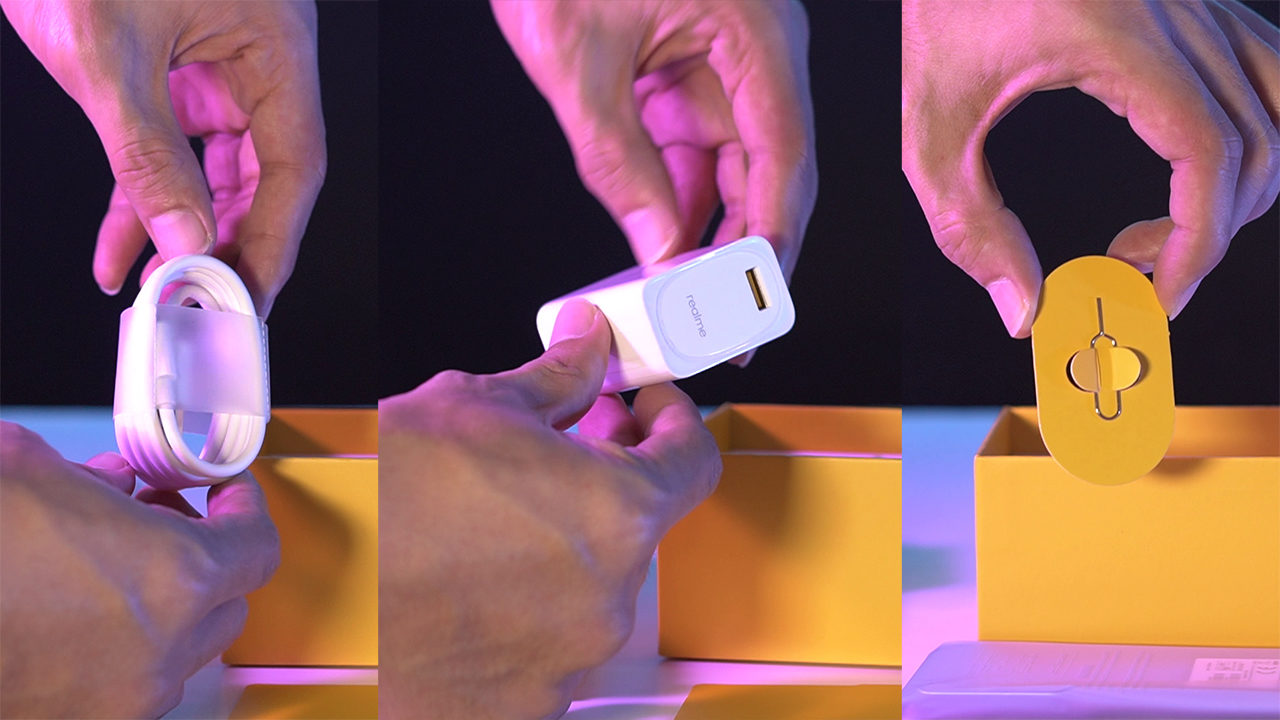 Moving on to the device itself, removing the plastic covering reveals the realme 6 Pro with a striking (pun intended) lightning-inspired design for its back. Props to realme for creating a handset aimed to be affordable but doesn’t feel cheap and actually exudes a premium feel. 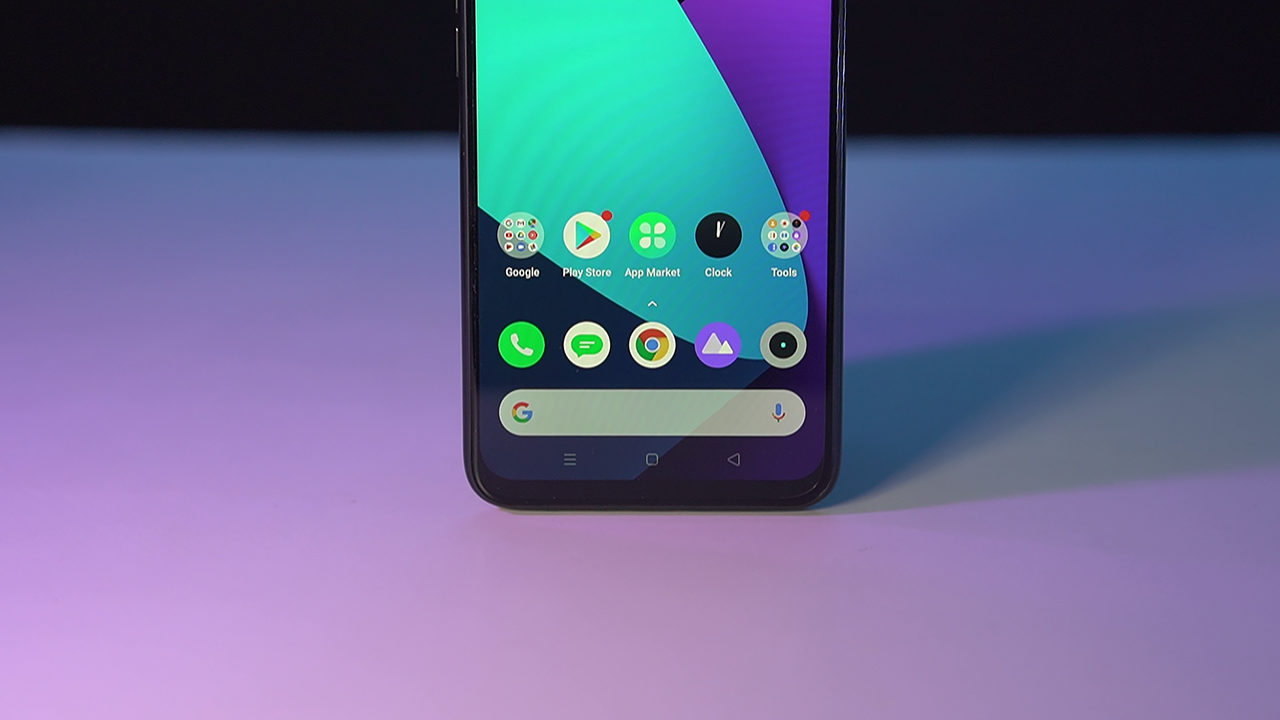 The phone houses a 6.6-inch Full HD+ display with 90hz refresh rate. This means it can produce smoother movements when watching videos or playing games. It has a small chin at the bottom but not that noticeable.

It doesn’t have the waterdrop notch to carry the selfie camera like we’ve seen on previous phones, but instead switches it with two in-display front cameras. 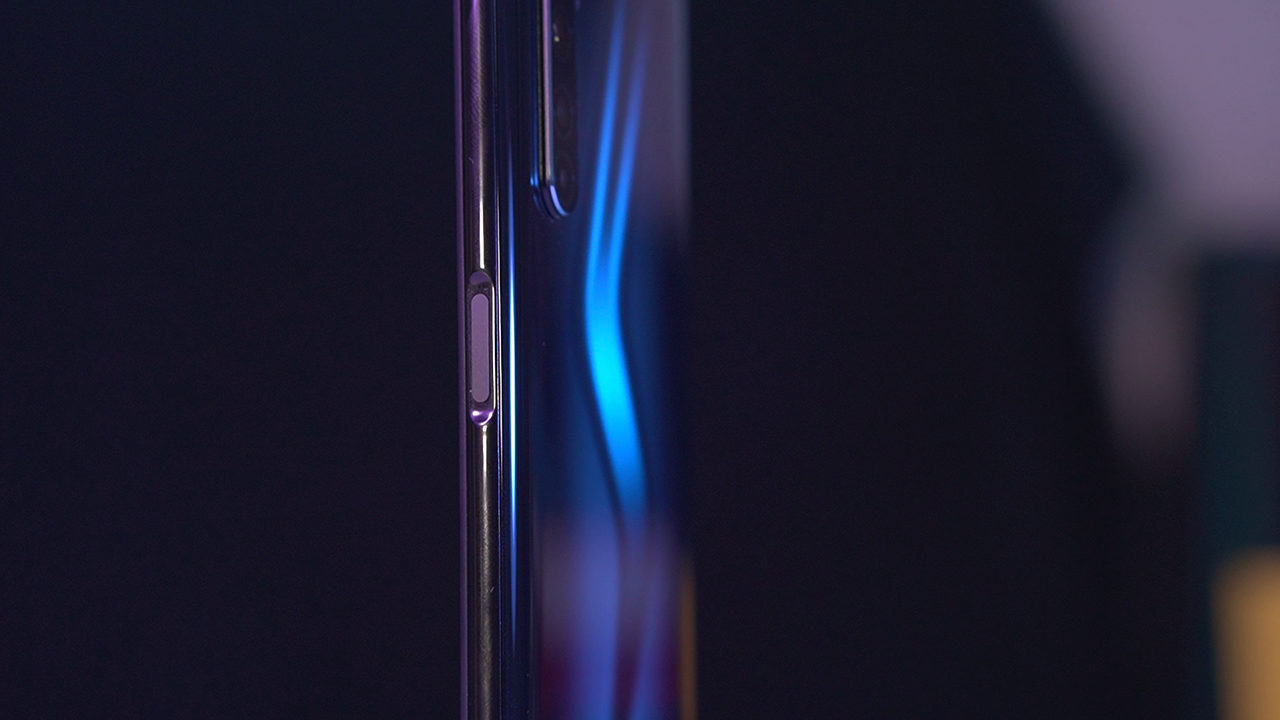 Sitting on the right side of the phone, just within the thumb’s reach, is the power button with an integrated fingerprint sensor. On the opposite side are the volume buttons while the dual SIM card and MicroSD card tray is found just above it. 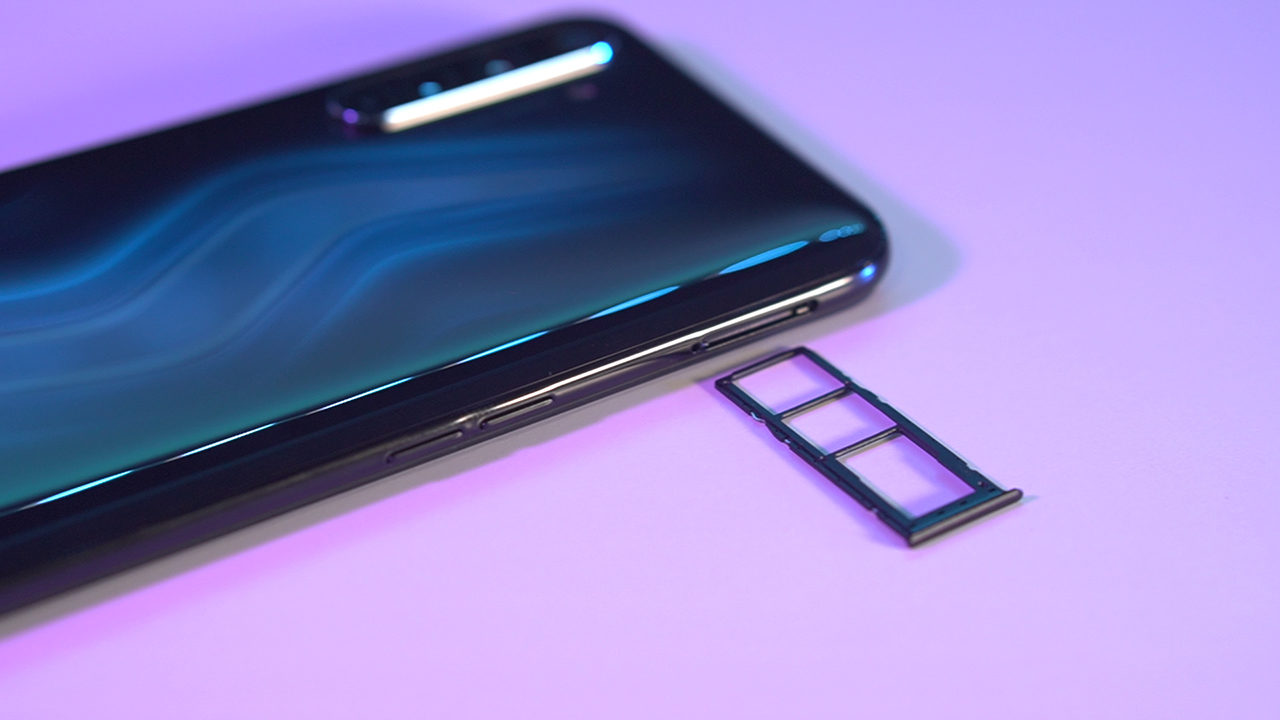 Underneath the phone, we find the 3.5mm jack on the left, USB Type-C port in the middle, and Dolby Atmos-supported speakers on the right side. 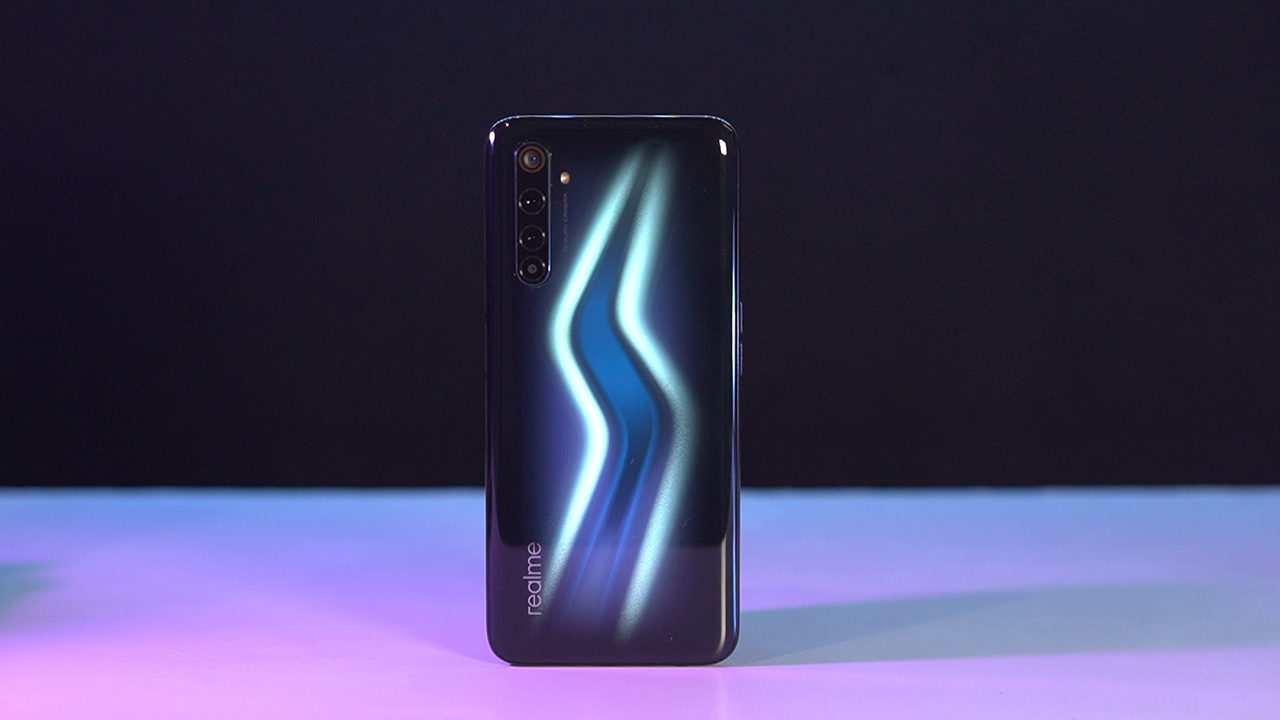 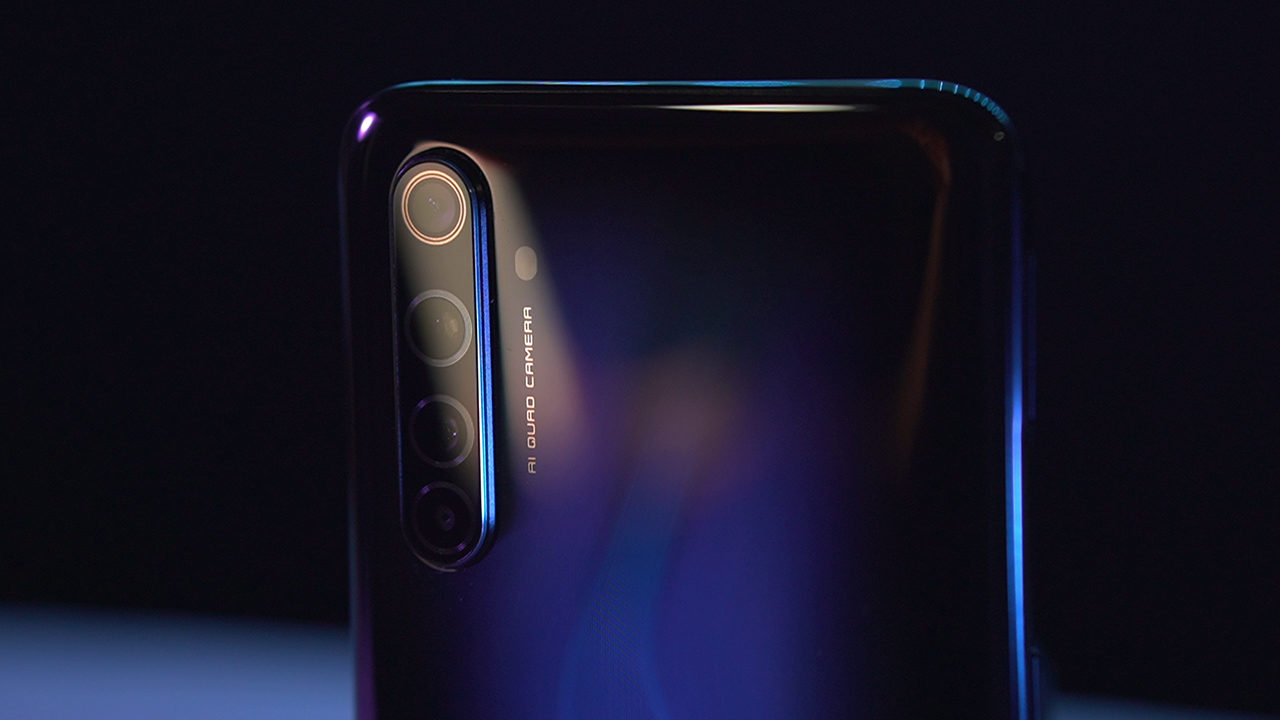 Now for the cameras. The realme 6 Pro carries a total of six cameras. Like its predecessor, the realme 5 Pro, it houses a rear quad-camera system. This is composed of a 64-megapixel main camera, 12-megapixel telephoto lens with hybrid zoom, 8-megapixel ultra-wide-angle, and a 2-megapixel macro lens.

As mentioned earlier, we have two in-display front cameras. These include a 16-megapixel Sony wide-angle sensor for the main plus an additional 8-megapixel super-wide-angle camera beside it. For the 6 Pro, realme went with fitting more people in your selfies than going for self-portraits with bokeh effect. 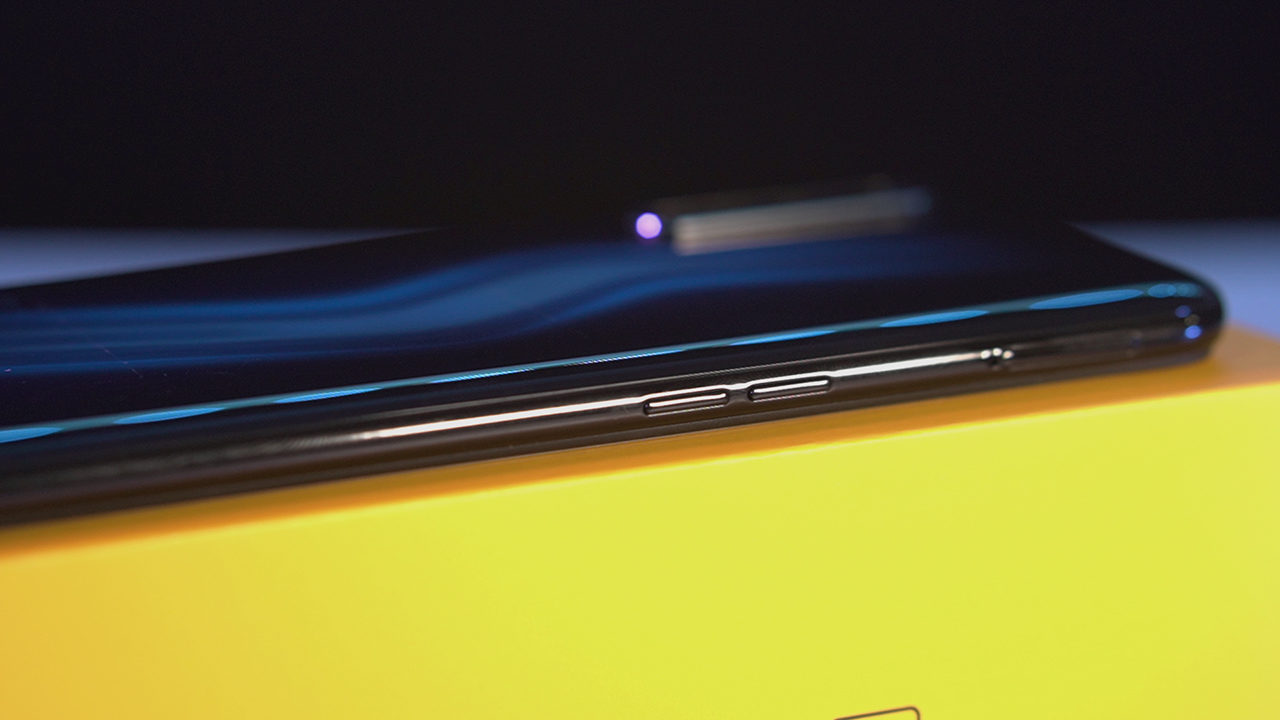 The realme 6 Pro is the first phone to be powered by the Qualcomm Snapdragon 720G processor. It’s paired with 8GB of RAM and 128GB of internal storage which can be expanded up to 256GB via a MicroSD card. Additionally, it houses a 4300mAh battery that’s supported by the newly upgraded 30W Flash Charge. 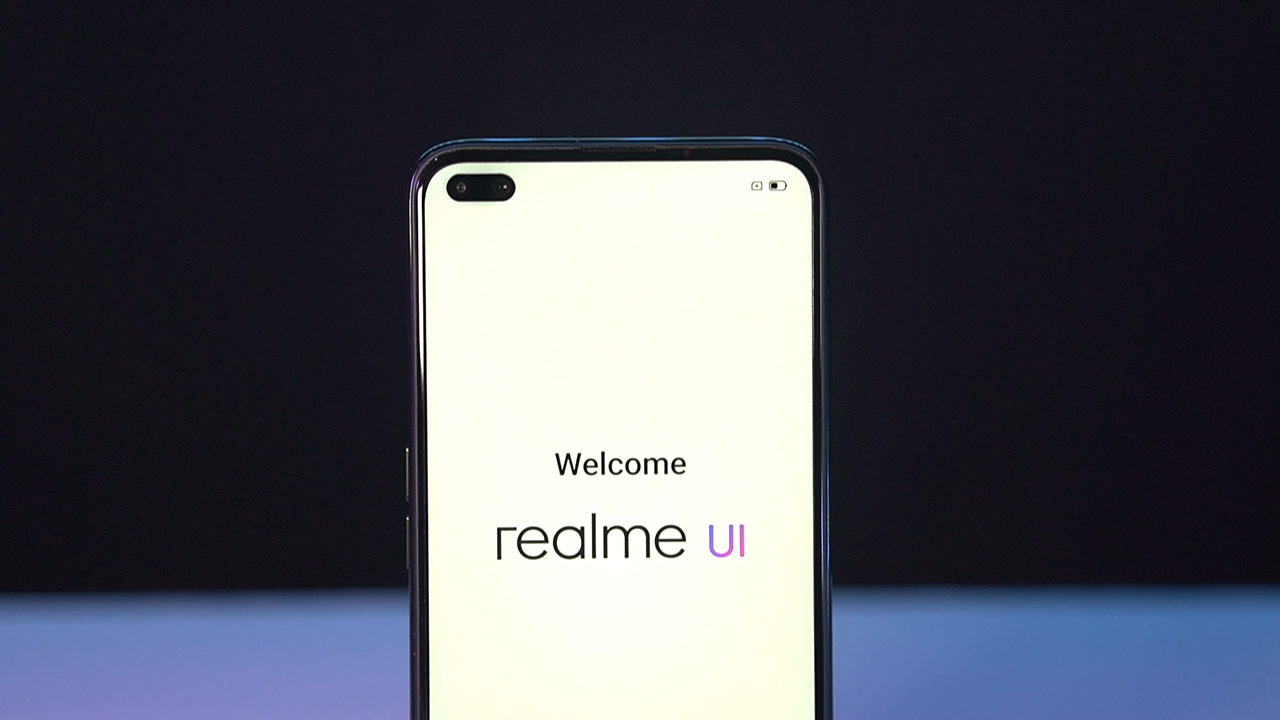 Lastly, it’s no surprise that the 6 Pro also runs the new realme UI based on Android 10.

realme hasn’t officially unveiled the price for the realme 6 Pro but we can expect that it will stick to the budget-friendly end of the spectrum. The 8GB+128GB variant of the realme 5 Pro debuted at PhP 13, 990 so it’s highly plausible that this new model will also hover around that price range.

We’ll be releasing a full review of the realme 6 Pro once it’s launched so be sure to check back here soon!  But if you want to see more of the 6 Pro, check out our 1-minute unboxing below! 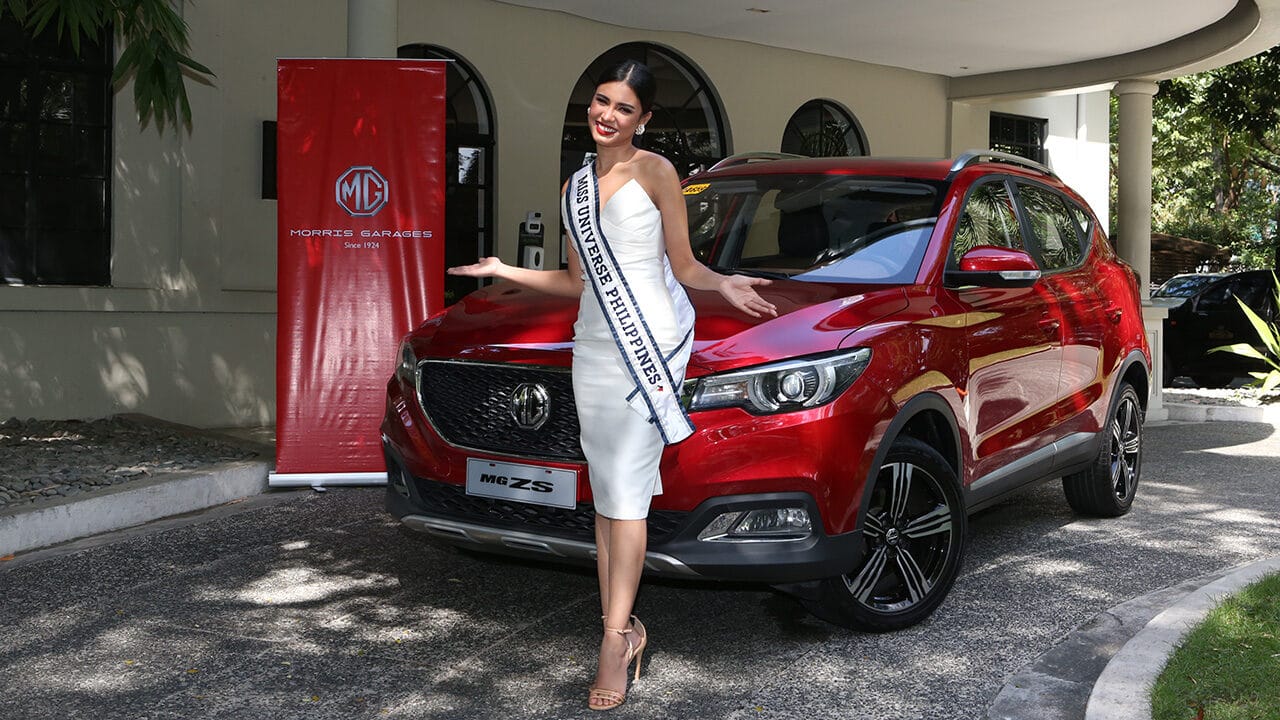 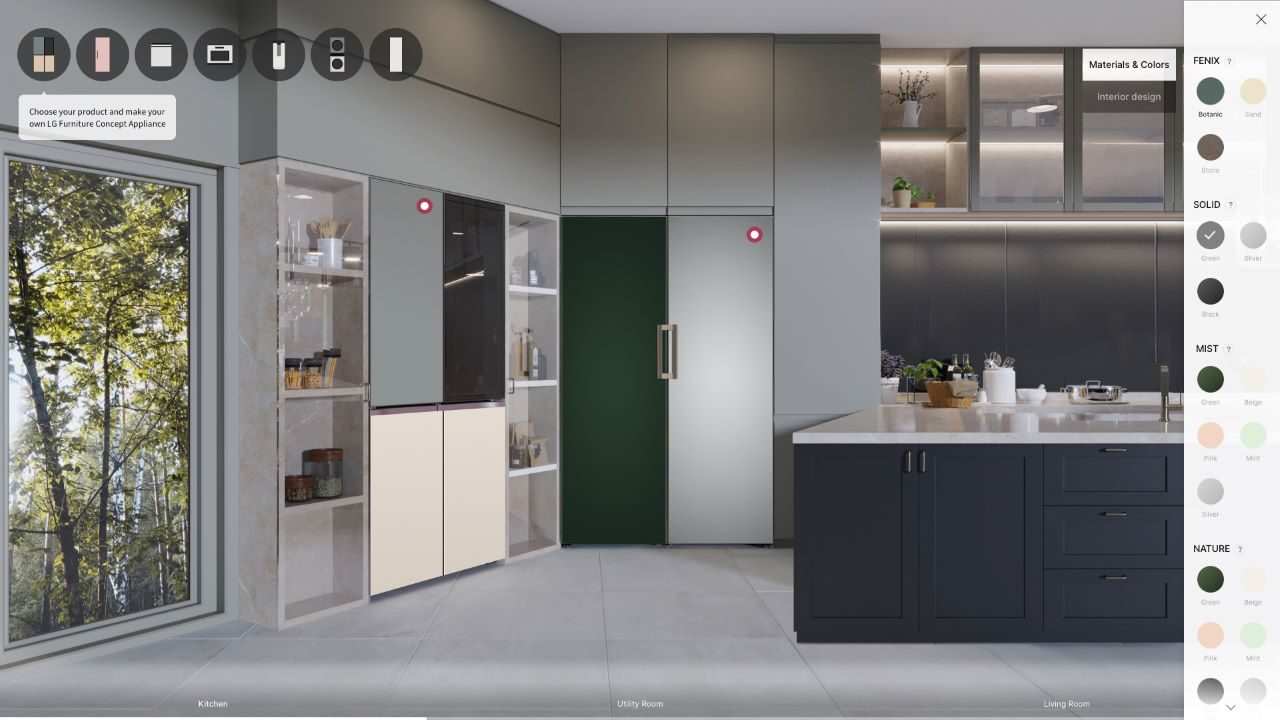 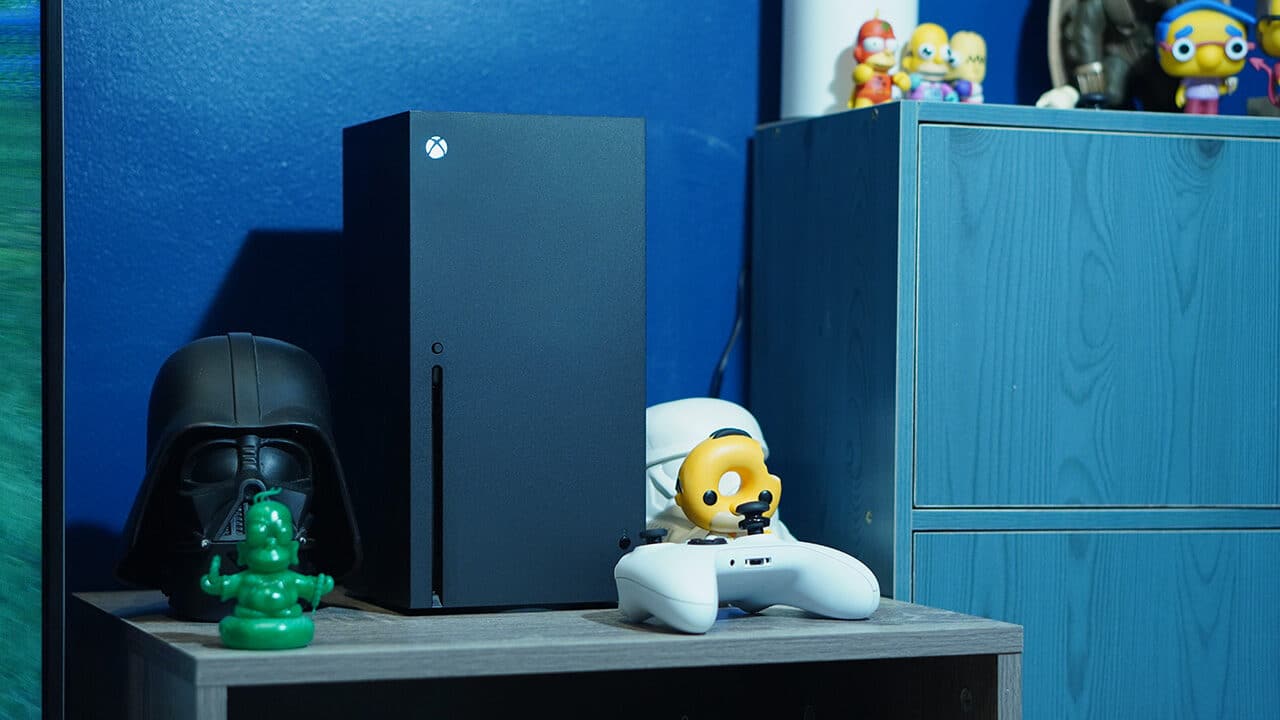 Xbox Series X review: Why you should buy it 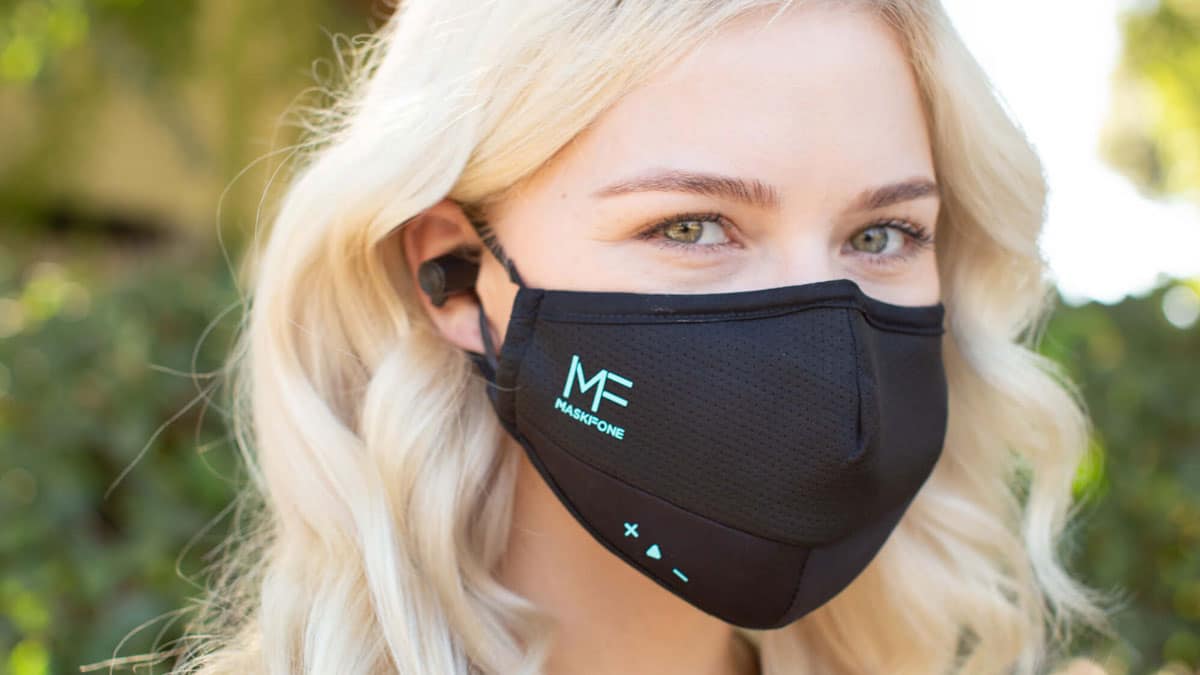 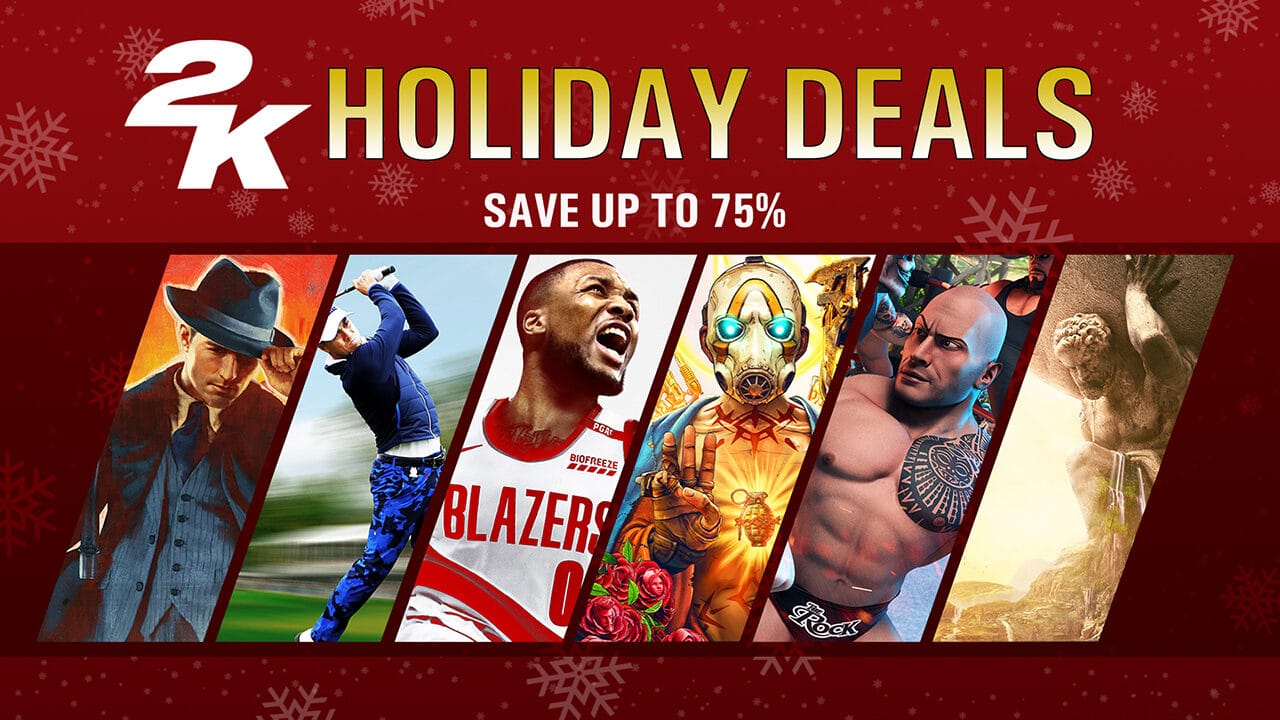